From an early age, young Alex Grey would collect insects and dead animals from the suburban neighborhood and bury them in the back yard. The themes of death and transcendence weave throughout his artworks, from the earliest drawings to later performances, paintings and sculpture. In 1979, Alex began a 10-year journey to complete the Sacred Mirrors Series. It was during this period that Alex developed depictions of the human body that “x-ray” the multiple layers of reality and reveal the interplay of anatomical and spiritual forces.

After painting the Sacred Mirrors, he applied this multidimensional perspective to such archetypal human experiences as praying, meditation, kissing, copulating, pregnancy, birth, nursing and dying. Grey’s recent work explores the subject of consciousness from the perspective of “universal beings” whose bodies are grids of fire, eyes and infinite galactic swirls. 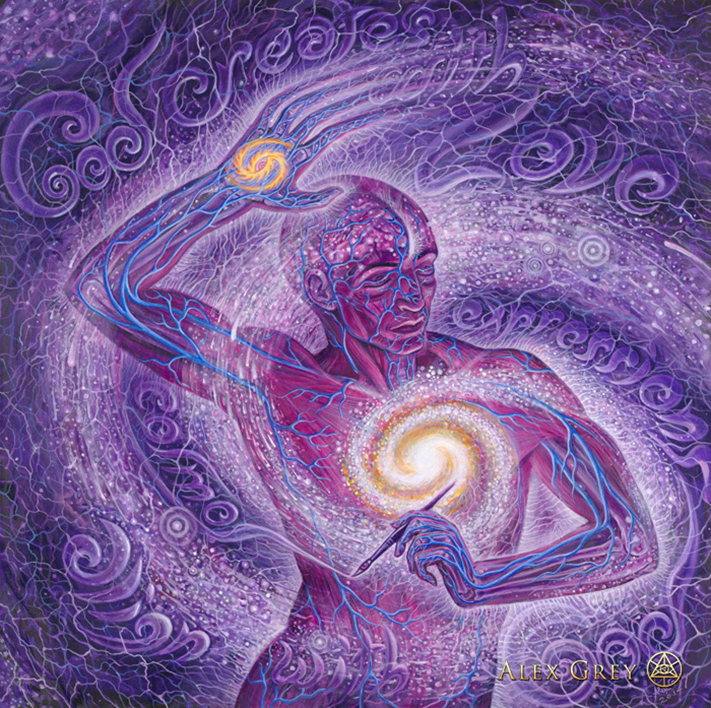 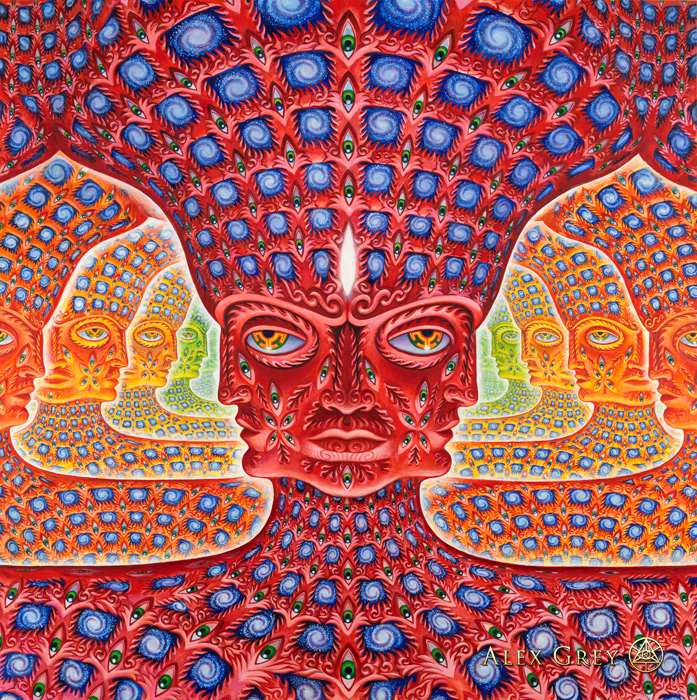 Countless teachers and spiritual leaders, including Deepak Choprah, incorporate Alex’s art in their power point presentations. Grey’s paintings have been featured in venues as diverse as the album art of TOOL, SCI, the Beastie Boys and Nirvana, Time and Newsweek magazines and the Discovery Channel.

Grey is a member of the Integral Institute. He is also on the board of advisors for the Center for Cognitive Liberty and Ethics and is the Chair of Wisdom University’s Sacred Art Department. He and his wife Allyson Grey are the co-founders of The Chapel of Sacred Mirrors (CoSM), a non-profit church supporting Visionary Culture in Wappingers Falls, New York. 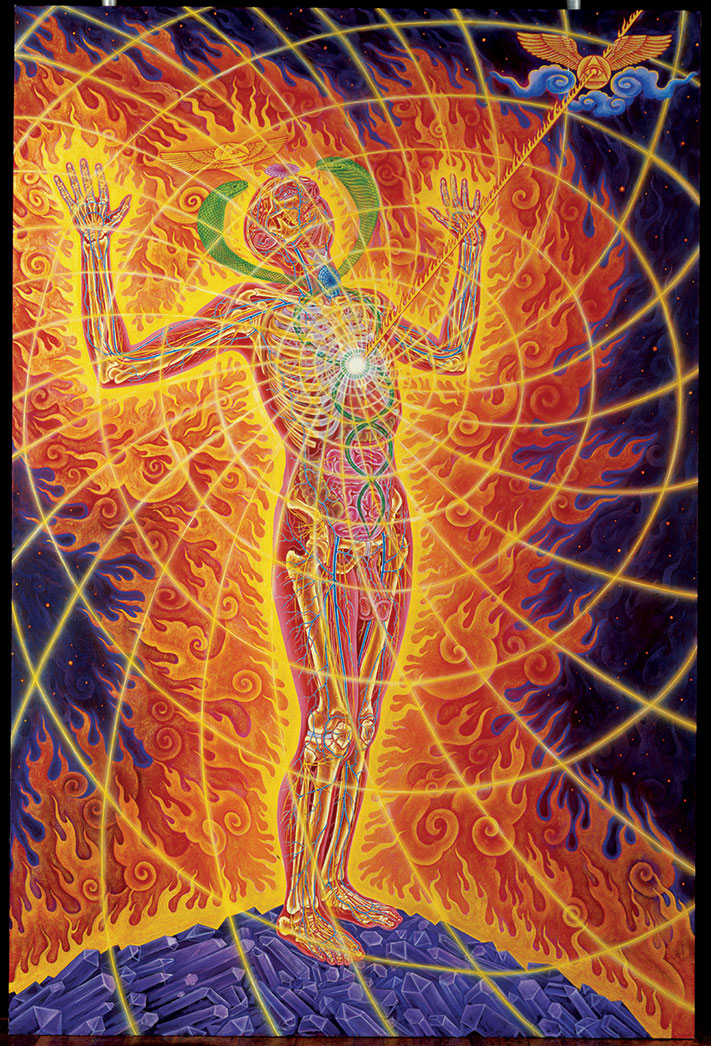 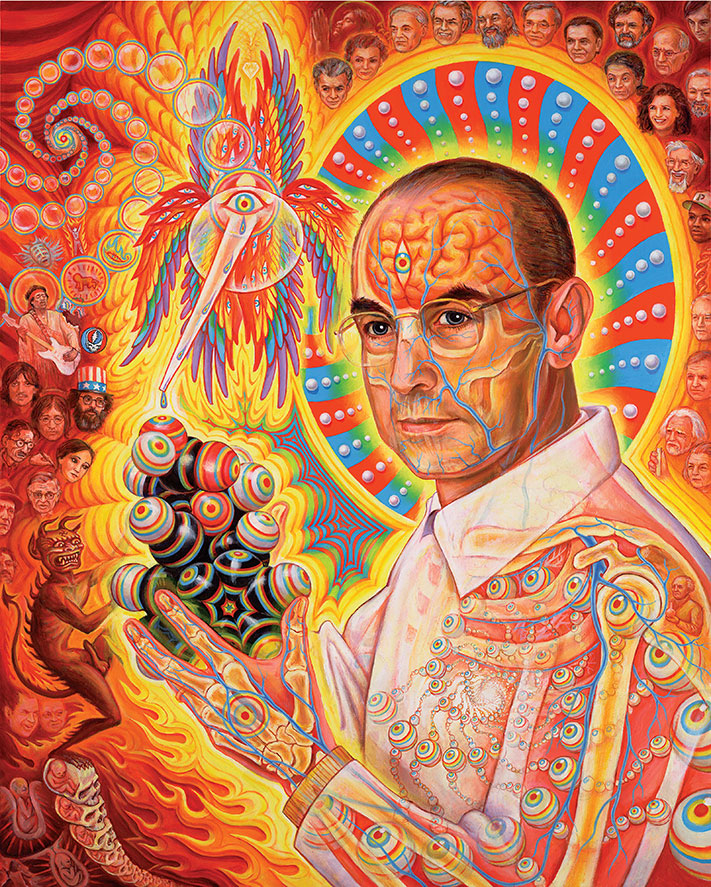